Rosalind Hudis is a poet, editor, and creative writing tutor, living near Tregaron in West Wales. She has been writing full-time since 2009 when she undertook an MA in Creative and Script Writing at University of Wales Trinity St Davids. This was followed by a PhD in Creative Writing at Aberystwyth University ( 2014 – 2017). Her poems and reviews have been widely published in journals and magazines, including Agenda, Dead Ink, Envoi, Ink, Sweat and Tears, Manhattan Review, Magma, New Welsh Review, Planet Magazine, Poetry London,  Poetry Salzburg Review, Poetry Wales, Stand Magazine, The Interpreter’s House, The Lampeter Review, The Lonely Crowd, Wales Arts Review . She is the author of two poetry collections, a pamphlet, Terra Ignota ( Rack Press 2013 ) and Tilt ( Cinnamon Press 2014 ) which was written with the help of a New Writers Bursary from Literature Wales Academi ( 2013 ).

Poetry from Tilt was highly commended in the 2015 Forward Prizes for Poetry. The same year, Rosalind was nominated for a Pushcart Prize by Manhattan Review. In 2017 she became a Hawthornden Fellow. She has worked as a visiting lecturer at University of Wales Trinity St David’s and also been employed there to provide writing surgeries for students on the degree prorammes in creative writing. She has mentored for Cinnamon Press, and also offers private mentoring to poets.

“Pared down and precise imagery, beautifully observed moments and flashes of lyrical writing that is startling and original, mark this accomplished debut. Rosalind Hudis has a gift for taking us straight into the action, often using titles that run into the poem as in ‘Erosion’ or ‘Cheap Pianos’. Form and content work together and there is great use of sound patterning in these admirably controlled pieces that know what not to say, leaving the reader space to enter the moment. ” 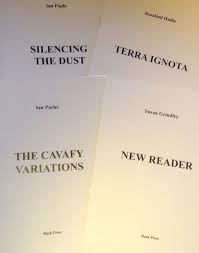 “Terra Ignota not only explores an ‘unknown land’, but attempts the immensely difficult task of seeing from both sides of the border between the known and the unknown. And in so doing, the poetry acknowledges both the impossibility of the latter and the utter necessity of trying. Hudis’ musical and poignant writing describes the interaction between those whom society designates as ‘unimpaired’ and those whom it diagnoses as ‘impaired’… What Hudis’ achieves in these poems is a profound empathy with both ‘sides’ of these relationships … Hudis avoids sentimentality by employing an iron grip on reality which, in turn, is couched in an exemplary detailing of the world.”

Rosalind Hudis is available for readings. She also offers creative writing workshops for groups and private mentoring for poets.

For enquiries about bookings or mentoring, please contact Rosalind using this form: